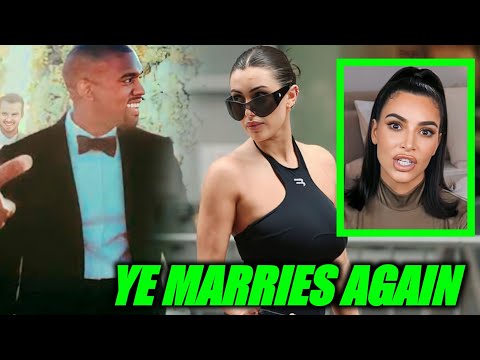 Born in Atlanta and raised in Chicago, West gained recognition as a producer for Roc-A-Fella Records in the early 2000s, producing singles for several artists and developing the “chipmunk soul” sampling style. Wikipedia

This comes after West and his ex-wife Kim reached a divorce settlement in November, 2022.

Kanye West has reportedly gotten married to a Yeezy architect called Bianca Censori, two months after his divorce with Kim Kardashian was finalised.

Earlier this week, the musician raised opinions when he was spotted with Censori, who was tagged as a mystery woman then, but recent emerging reports state that the duo are privately married.

TMZ reports that she worked as an architectural designer at Yeezy for several years, and that’s she was brunette until switching things up to the short blonde look she has now.

Per TMZ’s report, West and Bianca recently had some sort of wedding ceremony, though it is not certain whether they’ve filed a marriage certificate to make it legal.

The singer was also spotted wearing a wedding ring this week when he and his alleged wife arrived at the Waldorf Astoria in Beverly Hills.

Last December, West released a new song, titled ‘Censori Overload.’ The song is associated with his new woman as yet another form of adoration.

As of the time of this report, the duo has not said anything about the reports.

However, you can download and listen to Kanye “Ye” West – Censori Overload below.