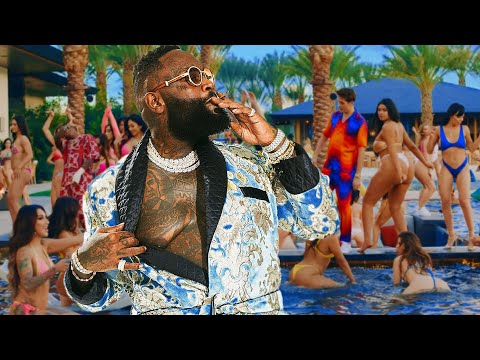 Also, Rick Ross wants the world to know there is no bad blood between him and Meek Mill.

During a recent interview on the The Morning Hustle, the 45-year-old multi-hyphenate was, once again, pressed about Meek’s online criticism of his record label.

Following the release of his Expensive Pain album, Meek took to Twitter to accuse his label of failing to pay him for his work; however, it remained unclear if he was referring to Atlantic Records or Ross’ imprint Maybach Music Group. Rozay is convinced it was the former.

“I’ma be honest, when Meek takin’ a jab at anybody, the only way I can assume he doing that at Atlantic Records,” Ross told co-host Lore’l.

“All we ever did was get paper and it’s real easy to say a n***a name […] I know what it is when me and Meek always got money.

He continued: “We done been down 10 years. Is he signed to Maybach Music? Yes, he is.

But he’s also a boss and real bosses give other bosses opportunity to become bigger bosses.

Go, man. Go buy the biggest shit in Dubai, man. Let’s go be billionaires. And if I’m only gonna get $7 billion and you get $20 billion, God is great! So that’s all it is.

Is it any pressure? It ain’t no pressure. And always remember, it’s real easy to make it clear when it’s pressure.”

That’s all we’ve ever did was win and I’ve never responded to anything, because I’m the boss, and the boss ain’t got to respond. You keep winning.”